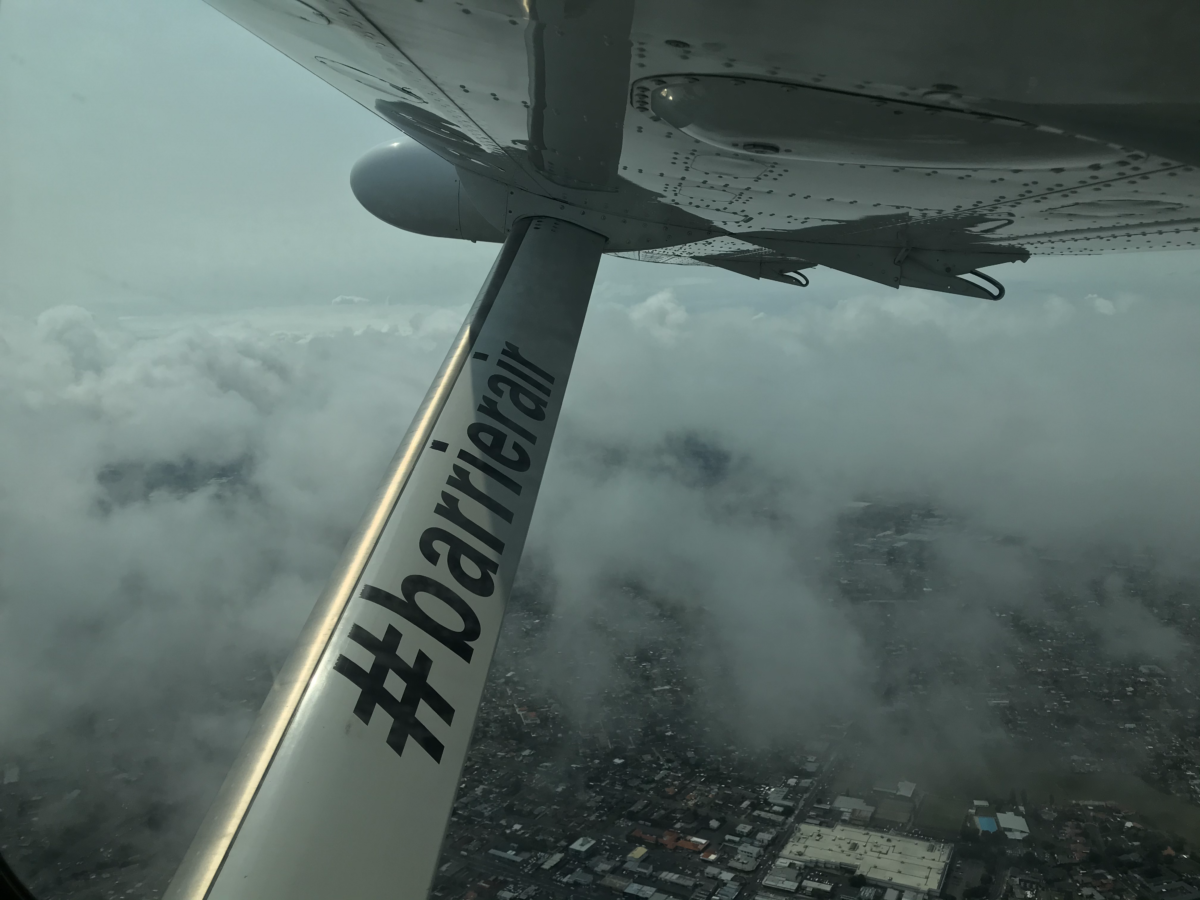 On December 9th, 2019, the stratovolcano on New Zealand’s White Island erupts. The catastrophic natural disaster kills 21 people, leaving many others with severe burns.1

Just minutes before it happened, it was a beautiful sunny day. The conditions at the popular tourist destination were perfect for offloading patrons. If you watch videos online, you can travel back in time to see it for yourself. You’ll bear witness to the regular sights – boiling mud pools and green water trailing throughout the island’s clay. You can marvel at the puffy tails of superheated steam jetting out from the trenches that tourists love to photograph.

But soon, that slowly rising superheated steam speeds up. Today, it explodes into the air as colossal ripples of navy and white. Now it consists of toxic sulphur dioxide, spewing into the air. Ash clouds angrily billow down the stratovolcano, chasing the tourists who try to outrun it.

Now imagine gliding above in a domestic plane. Your vision is limited by the scorching steam clouds that descend across the region. The pilots receive notification of the eruption, but you can’t hear anything. They toggle the plane back and forth trying to catch a glimpse. They are pointing at the poor visibility. From above, the green earth looks alien with flashes of azure ocean water upon its horizon. Your eyes suddenly become red and itchy. You start to cough. You sip water to settle your throat.

Today, you feel calm on this little domestic plane. But when you land in Auckland, you are told about the eruption. People are dying. As those two pilots in that same little domestic plane fly off in an incredible hurry, you realize that logistics have now become a desperate matter of saving lives.

As the violent cloud of steam rose from the volcano and descended upon the ground, boats carrying tourists tried to outrun the clouds of thick ash. Today, each vessel held people who were screaming for their lives. However, some boats decided to turn back after seeing tourists they’d left behind, many of them fleeing into the ocean trying to swim away. Geoff Hopkins operated a tour boat that had left White Island before the volcano erupted, but decided to return and help victims. Although it lacked space, it was used to move them to safety in a human assembly line.2

“The vessel, owned by a company called White Island Tours, was more accustomed to running sightseeing trips than being used as a floating triage center, but as more and more injured people were brought to the boat by dinghies, the crew made a desperate appeal for any doctors on board to come forward,” said a CNN article.

Aircraft were used for multiple rescue purposes during and after the eruption. Just two days later, planes delivered a vital organ to victims with critical burns. It was reported that “An astonishing 120 square metres of skin is being flown in to New Zealand for urgently needed grafts to treat the 29 White Island victims receiving intensive care in burns units across the country.”3

It was also reported that the Australian Defence Force sent its aircraft with specialist medical equipment and an aircrew to New Zealand to bring up to 10 patients back to Australia based on their individual stability, according to the Sydney Morning Herald. This helped to free up hospital space.4

According to the Times, there were “Three helicopter pilots who defied aviation rules by flying into towering ash clouds to rescue stricken tourists trapped on a New Zealand island in the hours after a volcanic eruption have said that it was like ‘flying into Armageddon.’”5

In an improvised effort they managed to load victims into the helicopters.  “After spending 40 to 50 minutes on the island, they flew the survivors back to Whakatāne hospital and the airfield, from where they were transferred to specialist burns units across New Zealand.”5

The White Island natural disaster precipitated the need for improvisation. Logistics providers deployed their best strategies to help people in the most effective way possible and as fast as possible. What might surprise others was the affinity of regular bystanders to help victims during this volcanic eruption in particular.

According to the Guardian, “The passengers set up an assembly line, passing water bottles back and forth so they could be filled as quickly as possible, and the water poured on to burns.”6

“Passengers handed over their jackets, as well as inhalers and eye drops. Men took off their shirts to cover passengers who were in shock. Halfway back to the mainland, Schade said, a coast guard vessel met the boat and paramedics came on board. With experts tending to the injured, Schade and the other passengers tried to calm those who were upset.”6

Imagine being on the vacation of your dreams. During this time, the natural disaster on White Island occurs but you didn’t go on that tour. You went on a different one, instead. After getting off a small domestic plane, you stand on the tarmac at Auckland Airport, watching a string of helicopters hang in the sky. You listen to the hum of propellers from above. You see disaster personnel sprinting across the tarmac with medical equipment in hand. You stand numb and in awe. Today, these people are building an improvised emergency supply chain designed to save lives.

2 Wright, Rebecca, and Will Ripley. “They Survived New Zealand’s Volcano Eruption, Then Went Back to Rescue Others.” CNN. Cable News Network, December 12, 2019. https://www.cnn.com/2019/12/11/asia/new-zealand-volcano-eruption-survivor-intl-hnk/index.html.