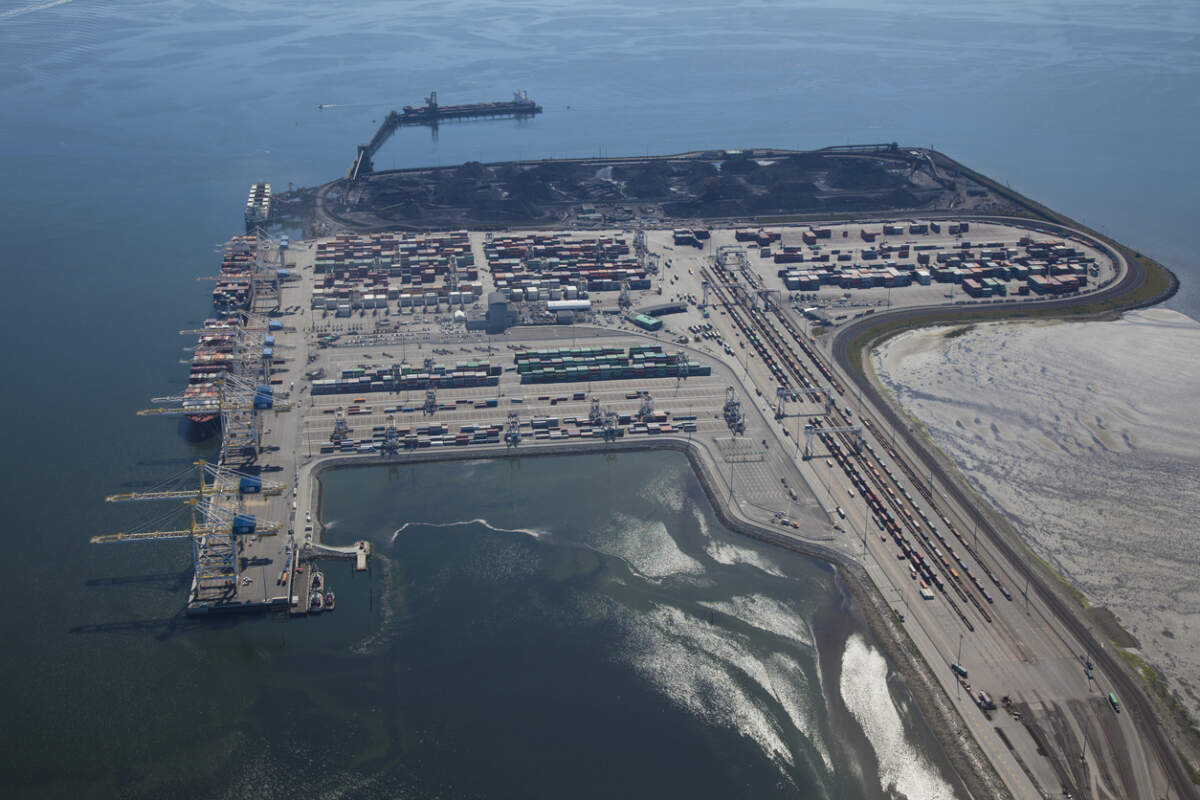 This report looks at data released today, April 7, 2021, reporting on the month of February 2021

For the month of February 2021, Statcan reported a trade balance surplus totalling $1 billion, narrowing from January’s $1.2 billion.[1][2] Following months of instability including the largest surplus since 2014, this month’s numbers reflect a move towards balance that many stakeholders have been seeking.

Within February’s numbers, imports decreased by -2.4% to a total of $48.8 billion, as yet obscuring any evidence of pent up consumer demand. Similarly, exports saw a slight decrease of -2.7%, leaving export totals at $49.9 billion.[1] This dip was to be expected following January’s surprise performance.

In February, Canada’s trade with non-US countries fell after five consecutive months of growth. However, exports to the US increased, following January’s surge of 10.5% with another 0.8% jump.[1]

Broadly, export decreases were observed in sectors including metallic and non-metallic mineral trade (-22.4%) and aircraft and other transportation equipment (-20.3%).[1] Globally, a shortage of semiconductor chips has caused a dip in trade of motor vehicles and parts, impacting a sector which generally sees both strong imports and exports from Canada.

Imports decreased in Canada for a third time in four months in February. This decrease was observed in energy products including refined petroleum products (-58%) along with diesel fuels and gasoline. However, this dip was offset by increases in imports of aircraft and transportation equipment and parts (+29.1).[1]

The category including vaccine imports to curb the COVID-19 pandemic increased by 89.3% in February to a record $106.6M. The total value of COVID-19 vaccines in Canada is estimated to have reached $47M, approximately double that of January’s imports.[1] We are likely to see a steady or increasing level of vaccine imports in the coming months, though this category is subject to extreme fluctuations.

As ripples continue across the board, Canada’s recovering economy is moving towards balance. In the coming months, it’s likely the balance will shift as consumers begin to unleash pent up purchasing power. It’s likely we’ll also see the economy continue to run hot as optimism for a post-COVID world takes over.

“There seems to be a real optimism rooted in the presidency of Joe Biden,” says William McKinnon, CEO of Canadian Alliance. “I anticipate we’ll see the United States-Mexico-Canada trade deal drive moderate surpluses for Canada in the coming months.”[3]

“Canada’s maintenance of a healthy trade balance is very much contingent on exports to the US and the import of technology,” says McKinnon. “Sectors including natural resources, which are carefully managed here, are likely to continue to thrive.”[3]

“We’re in a position now where businesses with a solid strategy in their market segment will continue to do well,” says McKinnon.[3]

Ever Given Creates Massive Backlog with Global Repercussions

Although this month’s report considers data for February 2021, the Suez Canal and its recent calamity cannot go unmentioned as, for the first time in recent history, a logistics and trade related crisis captured the attention of the world.

On March 23, the Evergreen tanker Ever Given became lodged in the Suez Canal. Since 10% of global trade glides through the canal; the 24 million tonne blockage created a backlog of hundreds of ships in waiting. The world followed along with concern until the boat was finally freed after days of round the clock efforts six excruciating days later. At the time of this writing, the backlog had not yet been cleared and hundreds of further ships had diverted round the Cape of Good Hope, South Africa.[4]

Most trade in and out of Canada comes directly from Europe into the Port of Montreal or makes its way to and from Metro Vancouver via the Asia-Pacific Route.

“The Ever Given incident has really highlighted how fragile the logistics of global supply chain management can be,” says McKinnon. “I’m certainly glad to see it resolved and am very interested to see how shipping lines respond to this very real risk going forward.”[3]

Coming out of the pandemic, the Bank of Canada (BOC) has opted to let the economy run hot, signalling the intention to keep interest rates low for the next two to three years.[5] Paired with continuing extreme shipping price volatility—and the expectation of inflation itself—it seems likely that Canadian consumers will be faced with rising prices within the next five years.

“Inflation as a function of a hot economy is one thing,” says McKinnon, “but I anticipate consumers may face a compounding effect if freight price volatility doesn’t soon subside. Though frankly, I don’t think it will.”[3]

The freight price volatility reflects a need to rationalize prices in the face of fluctuating demand across shipping companies. “Industry margins had been very lean for years,” says McKinnon, “and the COVID-19 pandemic brought serious upheaval.”[3] That upheaval was the stimulus to spike prices, mediate demand, and establish a new baseline freight price that better reflects the costs of global shipping.

“It is a good thing that these markets are rationalizing themselves because it makes the industry more sustainable, but there are serious repercussions, especially for consumers,” says McKinnon.[3]

“According to my contacts in the luxury food sector, for example, many grocery chains are not accepting price increases,” says McKinnon. This is a strategy to prevent price increases that may drive away their own customers. However, with sharply increased shipping costs, the producers are not always able to absorb those costs on their own. “Eventually, either the consumer will be asked to pick up the slack or these companies will pull out of the market,” says McKinnon. “There’s a very delicate negotiation between producers, shipping companies, retailers, and consumers that will ultimately dictate how that cost is absorbed.”[3]

“The saying goes that the biggest driver of inflation is expectation of inflation,” says McKinnon. “I anticipate we’ll see that rising tide make an appearance within 18 months.”[3]

4 Sky News. “Suez Canal Disruption: Where Are the Ships That Decided to Try Another Route?” Accessed April 2, 2021. https://news.sky.com/story/suez-canal-disruption-where-are-the-ships-that-decided-to-try-another-route-12260972.